All community members are welcome and encouraged to join us at our monthly meeting. (Online during COVID) Each meeting has an open segment early on the agenda for community members to bring their ideas, needs, projects and concerns to the group.

You can also become a member or volunteer.

UCP is a fiscal sponsor of the Pine Valley Firewise Community Project as of September 2021.

FIRE! It is on all of our minds at some level. Our community like dozens of others in Oregon can come together as a community and help prepare.  Our fire crew is volunteer, and they need our help today. Join us to help Pine Valley become a “Firewise Community” just like East Eagle Creek did!

Get informed before it is too late.  MORE INFO

During the COVID19 pandemic UCP has a reduced meeting schedule. If you wish to attend one of our Zoom meetings for any reason contact Pam Conley.

We are so sad to see two board members off into their new lives – Thank you to Kat Davis for her great service to the community and especially to our board. We grew as a team and as people under your tutelage Kat and miss you already! We also lost Deanna Bowman our dedicated and stalwart scribe to the wilds of Boise – with so much gratitude for your voice, wily board building skills and presence – we miss you Deanna.

We are lucky to have Pam Conley, Steve White and Liz McLellan remaining in their roles.

We are grateful to announce that United Community Partners has THREE new board members: Kim Elton, Sara Greenman and Hopi Wilder. More soon on these three! But how thrilled we are!

All community members are welcome and encouraged to join us at our monthly meeting. (Online during COVID) Each meeting has an open segment early on the agenda for community members to bring their ideas, needs, projects and concerns to the group.

You can also become a member or volunteer.

Join us for “Tea Time with UCP” by settling in with your favorite beverage and tea time treats and get an update on what’s been happening this past year.  We need you – your enthusiasm, ideas, support, and volunteer time.  We need your sage guidance for where we go this next year, how to build our board back up to seven members, and how to help our community.

We can’t do it without you!  Contact me at president@unitedcommunitypartners.org and I’ll send you a link to the meeting if you don’t receive one.

Before the meeting you will want to download Zoom and test your set up. Give yourself a couple hours to get used to Zoom if you haven’t tried it.

You will need a smart phone, tablet or computer with a microphone and a camera to participate.

If you need assistance please use the video tutorials and Test Meeting on the Zoom site:
https://support.zoom.us/hc/en-us/articles/201362313-Testing-your-video
And contact Zoom.us for support.

Looking forward to seeing you all.
Yours Truly,
Pam Conley,

Donate online or by check instructions

Knowing your neighbors and recognizing every village is only as strong as its most vulnerable denizens, is one of the most basic tenets of rural life.  And, while rural America may not have been founded strictly on the principles of community, charity and kindness, they are three of the roots that have allowed many areas such as ours to not only survive, but also to thrive.

It was for this reason The Village Fund was formed. The current COVID-19 crisis and the economic impacts due to mandatory business closures and stay at home orders have created severe, immediate and potentially long-term financial hardships for many of our local community members.

The Village Fund, created, supported and managed by and for residents of Eagle and Pine valleys and Oxbow, is a tangible and wonderful way for us to not only help those in need but in turn also keep our village strong.

While it’s taken longer than planned, we are nevertheless thrilled we’ve gotten everything in place in just one month!  As of April 27, 2020 we are ready to begin accepting applications for assistance. Click HERE for a PDF of the application, or you may pick up a hard copy at either The Richland Café or the Cornucopia Coffee House. You may also email us at TheVillageFund20@gmail.com to request a PDF be emailed to you. Please see instructions on the application.

If you need assistance with personal tasks like getting groceries, food assistance please get in touch with Nora Aspy or visit the Halfway Helpful Facebook group where you can make requests or volunteer.

The UCP board is meeting online to discuss how we can best respond to the #covid19 health care and economic crisis. In the meantime if you are looking to volunteer please join the Halfway Helpful group on Facebook or The Village Fund Committee

Halfway Helpful is a group started by Nora Aspy, Terrie Whipple Simmons, Jennifer Davis, Bob Schudel and others to offer help with any assistance Panhandle residents may need such as grocery or meds pick up, meals, documentation or other personal assistance during the pandemic. Please visit the Halfway Helpful Facebook group or call Nora for more information. Halfway Helpful is a group of local people organizing to deliver support to the vulnerable in Pine Valley. The group is separate from UCP please contact them directly with questions.

The Village Fund is a project of United Community partners initiated by Sara Artley, Kat Davis and others to help with financial emergencies for individuals and families during the crisis. The project is in development but you can DONATE or join up on The Village Fund Project Page

If you are not on Facebook be patient we are organizing to find ways to work off Facebook as well. But, Facebook is where the action is right now. It is a good time to use it.

Governor Brown is doing regular updates which you can watch on The Oregonian’s website.
https://www.oregonlive.com/coronavirus/2020/03/governor-kate-brown-press-conference-on-coronavirus-additional-social-distancing-measure-watch-live.html

Old Pine Market is offering curbside pick up – and delivery on larger orders. Please follow them on  Facebook for updates or contact them directly. Thanks Bryans and the whole Old Pine Team! If you have questions or suggestions as we move forward, please feel free to reach out to Old Pine Market here 541-742-4366

To follow Congress’ response and relief bills coming up go to Countable
https://www.countable.us/profiles/countable-s-coronavirus-info-center

To easily evaluate what benefits you may be eligible for try benefits.gov (though this will need to be updated after the current relief bill passes.)

OPB – Funds for Creatives and Artists

NEODD Has Covid19 Affected your Business?  Resource in their MARCH 2020 newsletter

If you are an organization trying to figure out how to work online take a look at our video resources page. Though we can’t offer in person training these are great video resources and trainings to help your group stay active during the pandemic response.

H.R. 748: Coronavirus Aid, Relief, and Economic Security Act — Enacted March 27, 2020. A $2 trillion coronavirus relief bill, which will send $1,200 to each American making $75,000 a year or less, add $600/week to unemployment benefits for four months, give $100 billion to hospitals and health providers, make $500 billion of loans or investments to businesses, states and municipalities, and $32 billion in grants to the airline industry, and more.

UPCOMING MEETING CHANGES FOR MARCH AND MAY 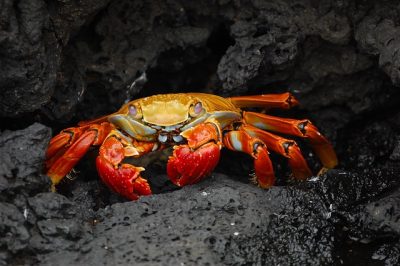 This is an appeal to you all to consider helping to serve the day of the 53 annual Lions Crab feed, Saturday March 9th. I ask this because the income from that feed is so important to the community. We usually make about $10,000 profit, almost enough to cover our annual costs.

As happens many of the old guard who used to serve have moved on, and even though we have a core group of 12 active Lions members and a few others this is not enough. We serve close to 1000 people in 11 hours. Many serve the whole 11 hours which can be wearing.

You can sign up for 1/2 shifts of about 4-5 hours, like 10 am to 3 pm and 3 pm to 8 pm. Please let me know if you are willing and I will give your name to the scheduler, Karen Endersby. Many hands make light work.

Some of you may not recognize how important the Lions are here. Let me tell you.

We would like to send a huge THANK YOU to Al Iverson for his excellent service as UCP Secretary. Al stepped up when asked and the community benefited immensely from his service and perspectives.  We also welcome Deanna Bowman-Pennock as our new Secretary. (formerly our Vice President.) A huge THANKS as well to Kat Davis for leading us through the last few years as UCP President, helping us give consistent service and support to community projects as well as the great improvement in UCP’s internal process, broader and deeper networking across Oregon and helping refine our priorities at every turn.  We also thank Kat for staying on as Vice President. We unanimously elected  Jerry Norquist as our new UCP Board President. Jerry brings a wealth of experience and know-how and ease to the job as a former Executive Director of Cycle Oregon. We are grateful to have you, Jerry! Thank you as well to Steve White our Treasurer and all around community treasure! We also elected Liz McLellan for a new term as board member. She will continue her volunteer work as UCP’s internet project and community service techie.

The UCP monthly meeting for January has been postponed until January 14th – 4-6:30 PM.
We believe it will be at the Fellowship Hall as usual but, that may change. We will update the location as soon as we know.

Ice Rink Open – Sign Up for Notices By Email

The Halfway Lions Club and the Pine Eagle Charter School will provide ice skating on the school tennis courts. There is no cost and good skates of all sizes are available at the rink. The school has kindly let us use the school’s hot houses to put on skates. Please be respectful of property and safety. 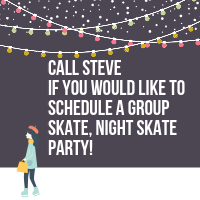 We will do this every Friday-Sunday (2018-2019) weather permitting. Conditions can cause poor ice – so do check regularly so you don’t miss a good skate! Notices will be on facebook, twitter and here on the  UCP site on the right side of the screen.

This is an ANNOUNCEMENT ONLY notification email. If you have questions please contact Steve White by email at treasurer@unitedcommunitypartners.org or phone (541) 403-2985.

Please NOTE: Hours of operation are highly variable due to the availability of overseers and because weather can temporarily cause poor ice conditions. Therefore timely notification of open hours will not appear in the newspaper. Announcement of open hours will be made at the school, on the downtown bulletin board and by our email notifications list a few times a day on Friday, Saturday and Sunday. You may get the same notification twice if Steve has not updated the weather conditions on the site.

If you have a group, you can call Steve White and we may be able to open anytime or arrange a night skate party.

The tennis courts/ice rink are on the north side of the school grounds. It can be accessed by turning west on the roads just south or north of the Auto parts store. Do not block roadways please. 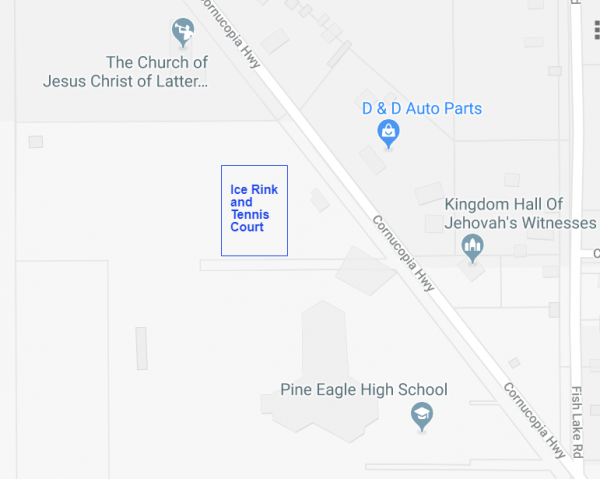 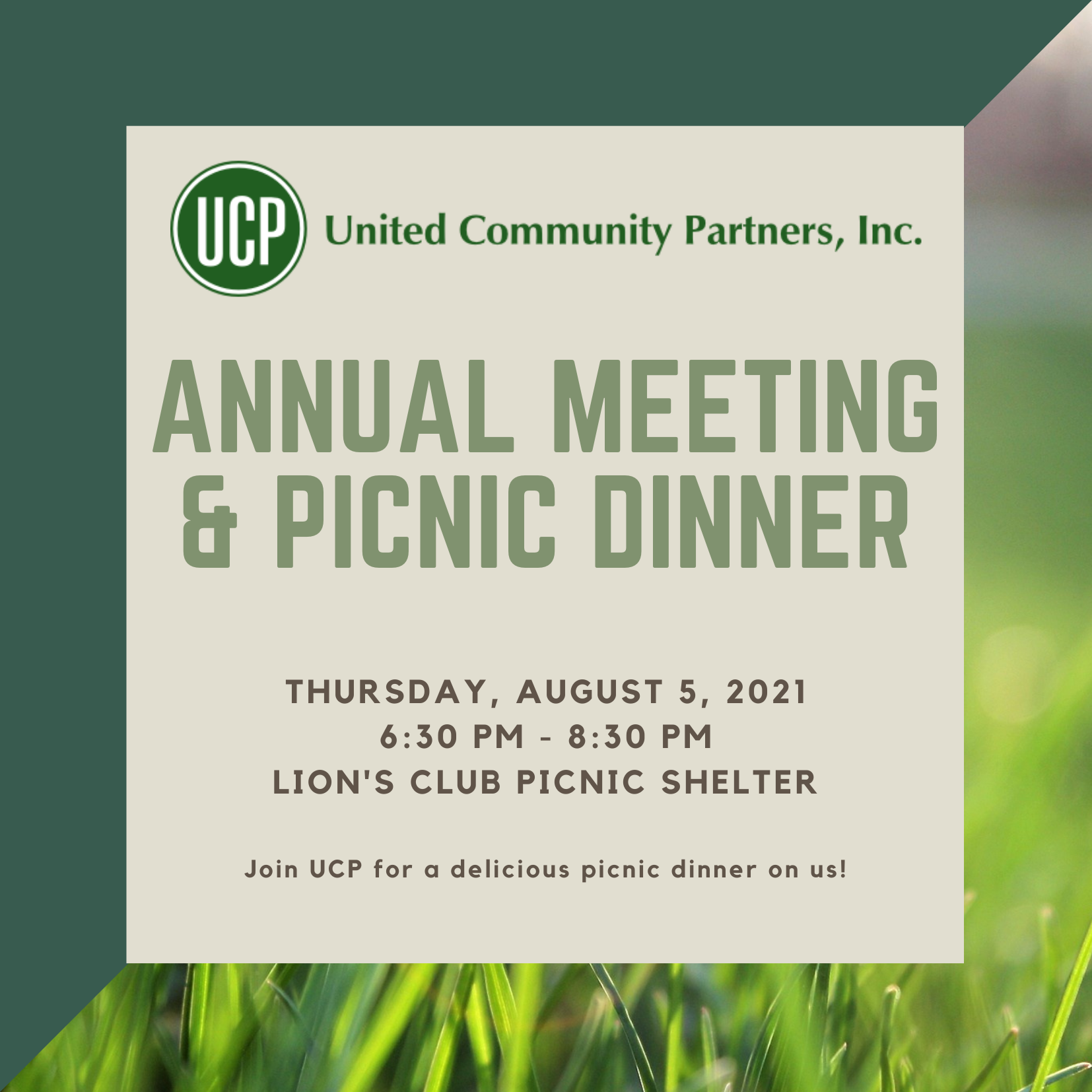 Reminder – UCPs annual meeting is tomorrow Oct 1 4-6pm on Zoom.us. Please visit our website to sign up to get the meeting code. Or mail Pam at president@unitedcommunitypartners.org
Go to zoom.us to download and test your set up before the meeting. Please use the support tools at zoom.us if you have technical issues.
Download meeting materials here:
unitedcommunitypartners.org

Update from the Nonprofit Association of Oregon

Please JOIN The Nonprofit Association of Oregon for their newsletter alone. They are doing a great job.