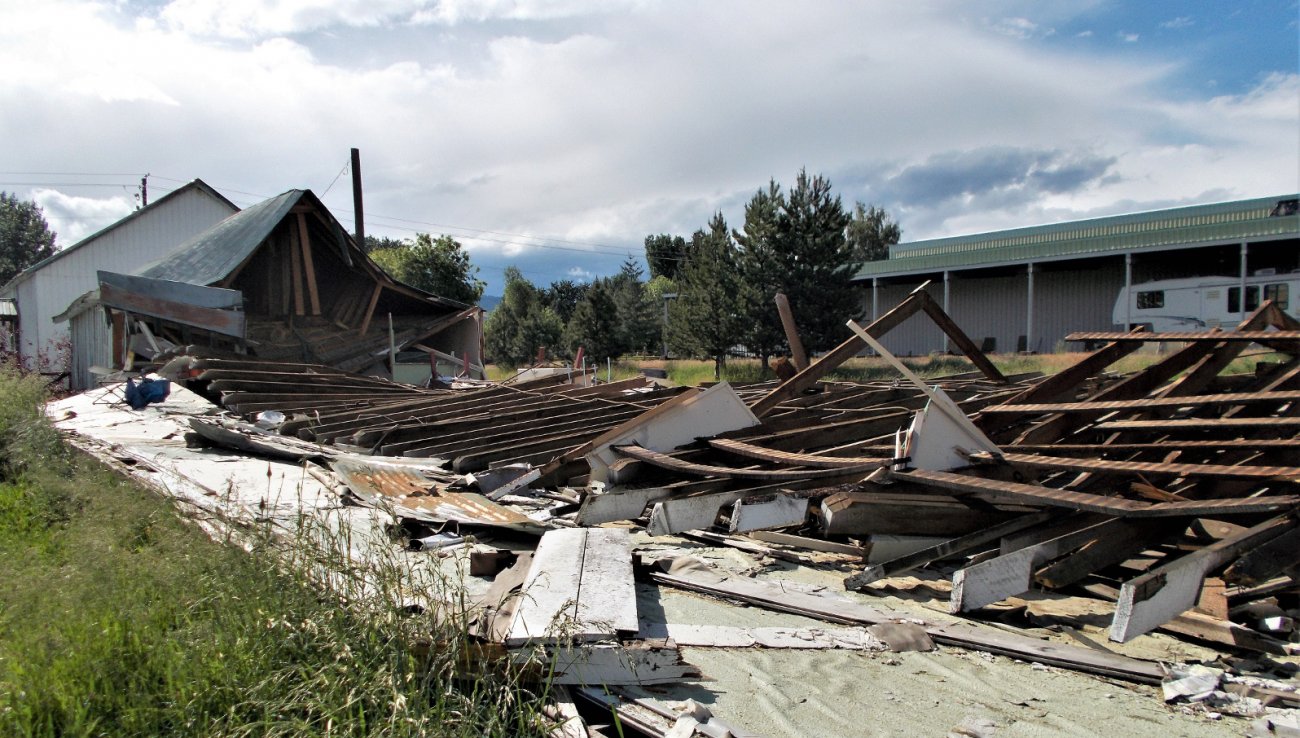 On January 11, 2017 the Halfway Fair Exhibit Hall succumbed to the weight of a record-breaking snow year like many other buildings around the valley. The picture tells the story. It was a total loss and the facility was not insured.

For more than 90 years, the old Exhibit Hall was the core structure of the Halfway

Fairgrounds. Like an old-fashioned barn raising, this effort will take many willing hands. But, unlike the traditional process, you can avoid the heat, flies and hammer-whacked thumbs!

As of February 2018 the Friends of the Fair 501c3 nonprofit is up and running. Please contact Lynda Bird to make a donation to rebuild the Fairgrounds Exhibit Hall.

VISION: United Community Partners is dedicated to the success of Pine Valley and the Baker County Panhandle as home to vibrant communities informed by our rural heritage, nurtured by our natural wonders, guided by shared principles and sustained by the creative energy of people leading healthy, productive, rewarding lives.